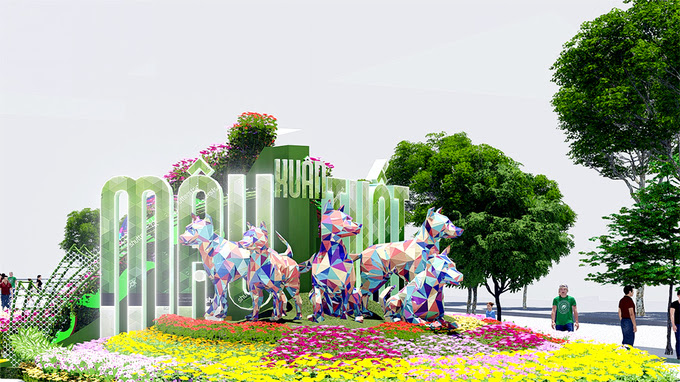 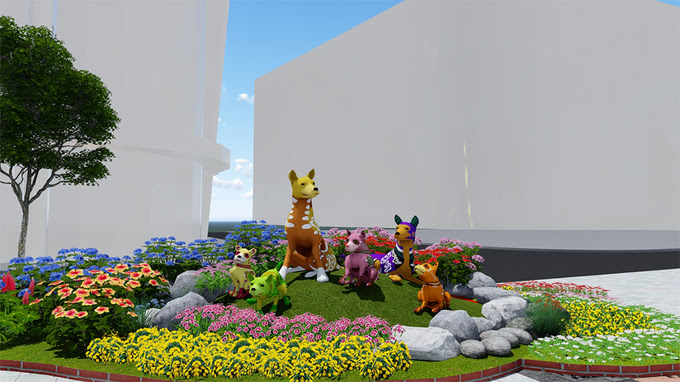 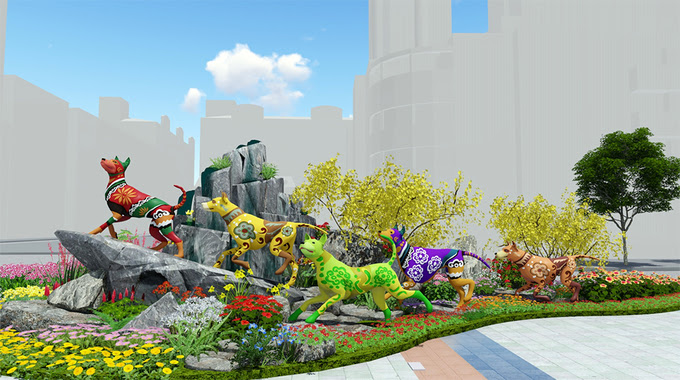 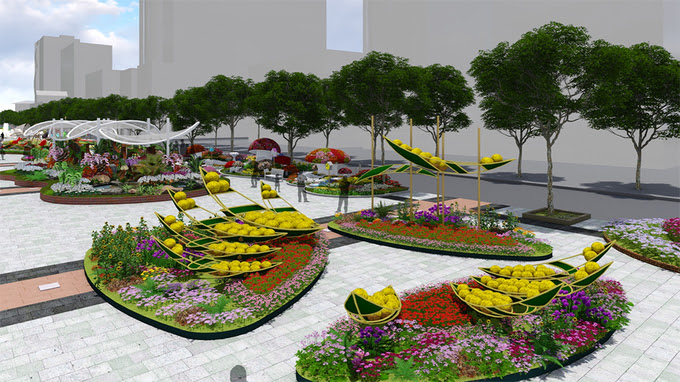 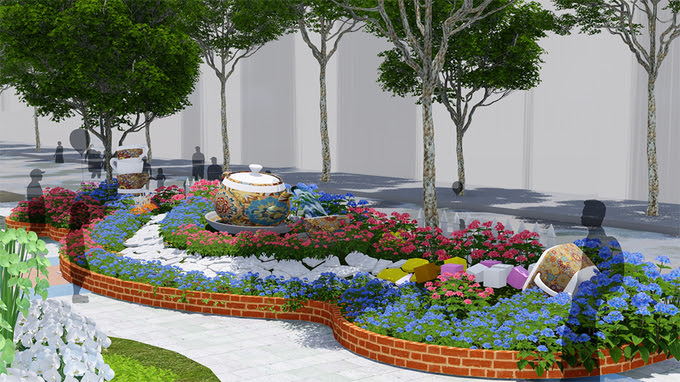 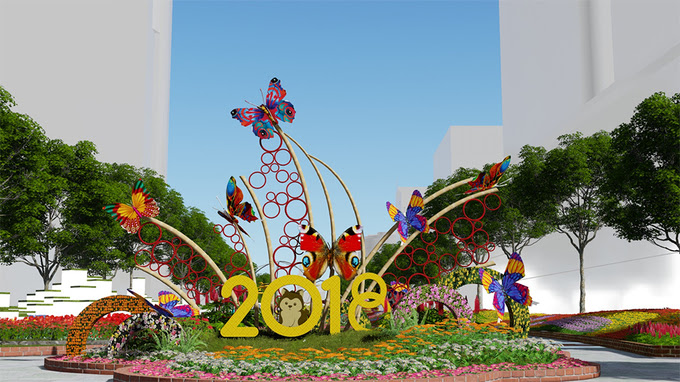 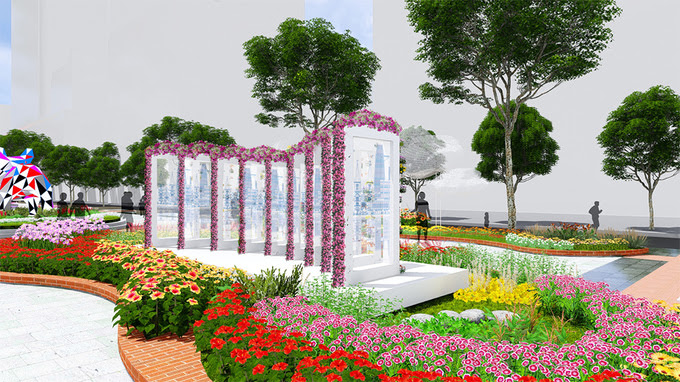 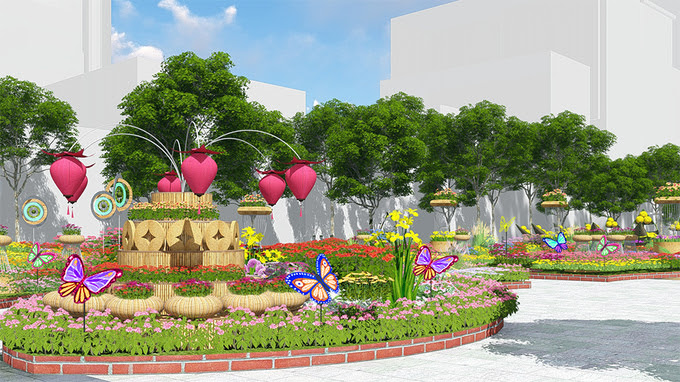 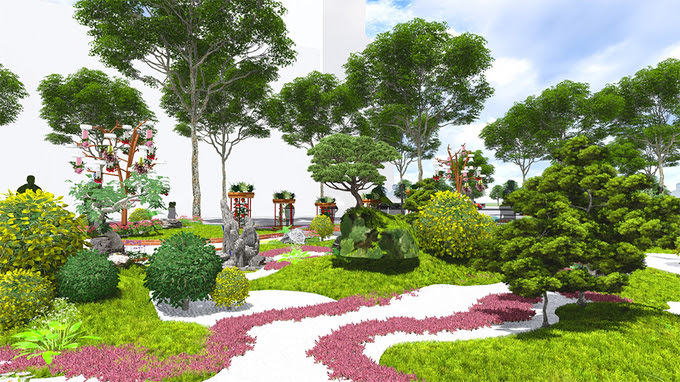 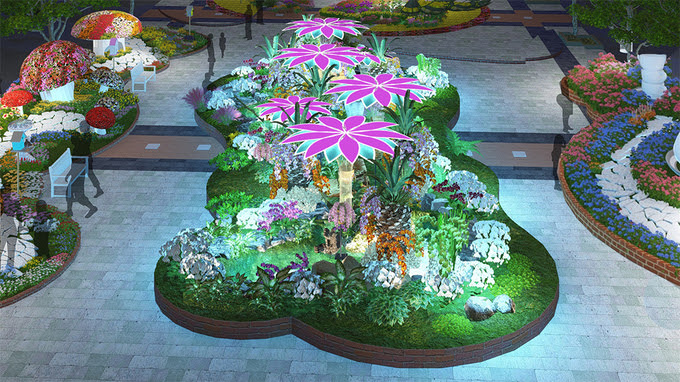 Posted by Thanh Tuyền and Ngọc Phú at 7:57 AM
http://phu-tran.blogspot.fr/2017/11/vn-vn-la-langue-vietnamienne.html

Language is a main component of our cultural heritage.

Let us find out about the language of the Vietnamese people.

The Vietnamese language has a local origin, arising from an agricultural civilisation at the region which now is north of the Hồng and Mã rivers in Vietnam.

The Vietnamese language is heavily influenced by China after more than a thousand years of Chinese domination but words of Chinese origin are spoken in the local manner and do not sound like the original Chinese words.

Did our people, prior to the Chinese colonisation, have its own writing to record the Vietnamese words? This is a question that, currently, because of lack of ancient relics and data can not be answered … (Dương Quảng Hàm)

However, many local and overseas researchers all affirm:

“Our country, our people from the times of the Hùng kings, from the Đông Sơn time, many thousand years ago, had once had its own writing.”

For fifty years, the researcher Đỗ Văn Xuyền has silently put a lot of effort in collecting, studying many documents to decipher a group of 47 prime words which he firmly believes are ancient Vietnamese words.
This theory has not been totally accepted but is not without foundation. How could a kingdom be governed without a written language? Nevertheless, during the thousand years of Northern domination, with the strategy of assimilation, the Han people encouraged everybody to learn the Han language and, at the same time, destroyed all books, documents and any vestiges of our ancient writing.

When the Han people developed and governed our country, our people still spoke our Vietnamese language but the Chinese governors encouraged our people to learn Han writing (also called Nho writing)

From then on, Han writing became the official writing in nearly 1000 years, from 1075, when King Lý Nhân Tông organised the first Nho examinations, until 1919, the last year of the Nho examinations in Huế.

Although Nho writing originated from China but our people had a different pronunciation. Much later, our ancestors based on Nho writing progressively developed a separate writing for our country, called Nôm writing.

Nôm writing (or Nam writing) used either the original Nho written word or combines two or three Nho written words to record the Nam word.  When was Nôm writing developed and by whom is a question that has not yet been answered. Perhaps, after the 10th century when the Vietnamese people escaped from the Northern domination with Ngô Quyền’s victory in 938. After defeating the Thanh army, king Quang Trung began to rebuild our country and used Nôm writing as the official writing, replacing Han writing.

National writing is the writing officially used by everybody in the country.

At the beginning of the 17th century, western missionaries came to Vietnam and began to introduce Christianity to our people. To enable efficient religious propagation, the use of writing is a very important factor in understanding the customs of the indigenous people and the distribution of ideas, religious principles and books to the disciples.  At that time, the priests considered that Nho and Nôm writings were too complex to learn for the majority of the common people. Consequently, the Jesuit priests in conjunction with the early Vietnamese preachers had researched and used the Latin alphabet to record phonetically the Vietnamese language for their daily communications.
Alexander of Rhodes is considered as the architect in the development of the Vietnamese national language. The Annamese-Portuguese-Latin dictionary published in Rome in 1651 is the foundation of our national language.

Differently to other Asian nations, Vietnamese writing uses the Latin alphabet and is easier to write and learn compared to Nho writing and, in this respect, the Western missionaries had provided a great benefit to our people.

Apart from single syllable words there are also combined words which result from the grouping of two or three words with two or three meanings or for clearer definition.

For example:
– The single word “yêu” (love) means a general feeling; “yêu mến” (love-sympathy), “yêu thương” (affection), “yêu quí” (cherish) define more clearly the different aspects of love with respect to one’s lover, family or friend…
– “nhân-quyền” (human right) is a combined word resulting from the grouping of two meanings, “right” and “people”.  This is a characteristic of Han language.

In addition, the Vietnamese like to use reduplicative words which combine one word which carries the main meaning and another word with the same or similar sound or rhyme in order to make the word less dry, more polished, more literary or to change its character.

“Tone” denotes the vocal pitch in a spoken word and has the effect of changing the meaning of the word.

There are many languages in Africa, America, Europe or East Asia which have tonality. However, in China, Vietnam, Thailand, Laos, language tonality is most complex and the Vietnamese language has the most tones.

The Vietnamese language has 6 tones:

With these 6 tones, with a single basic sound one can have 6 words with different meanings.  For example, with the sound “ma” one can have 6 different words: ma (ghost), má (mother), mà (but), mả (grave), mã (horse), mạ (seed or plated).

Six tones are like seven musical notes and make every sentence sound like a musical piece which is smooth to the ears. However, this makes it rather difficult for foreigners to pronounce the words properly.

In addition, these tones may cause a lot of spelling errors, and writing with accents on the computer or mobile phone is a problem for a number of overseas Vietnamese.

In general, the Vietnamese language does not have a complex grammatical system like languages with Latin origin (French, Italian…): no words with feminine or masculine gender; verbs do not change form depending on the subject or time of action; the Vietnamese pronunciation has a unified ruling system (unlike English, where for example the letter “i” can be pronounced like “i” in one instance or “e” in another instance), each word (subject, verb, adjective..) do not change form depending on plurality or circumstances.

Perhaps a subtle thing for any student to master is the way of addressing people, depending on the relationship or age difference between the two subjects.  For example, between father (bố) and child (con), the father will call himself “bố” and call the child “con”, the child will call himself/herself “con” and call the father “bố”; the younger person will call the older person “anh/chị”(elder brother/elder sister or older person in the same range of age), “cô/chú/bác” (aunt/uncle or person of parents’ generation), ”ông/bà” (grandpa, grandma or person of grand parents’ generation), “cụ/cụ”(great grandpa/great grandma)…

One more difficulty is that people in the North, Centre and South regions (not to mention each locality in each region) have different pronunciations and some different vocabulary.

In general, the Northern accent is considered to be the most proper pronunciation and the writing has fewer spelling errors (perhaps because the Vietnamese people originated from the North?).

For example, in music, the singers have to try to sing with the Northern accent.

Each language in the world is unique but our language is most… unique.

More objectively, our Vietnamese language is easy to learn, to write and sounds smooth to the ears, melodious like a musical piece. The vocabulary is rich and displays many different aspects, especially, in the spiritual and emotional areas.

The above characteristics give rise to many ways of word play, based on sound, meaning, grammar and the method of inverting the sounds of the words in a group of words (a kind of spoonerism) is, worldwide, a unique way of playing with words.
I love my country’s language.

Posted by Thanh Tuyền and Ngọc Phú at 8:00 AM

Posted by Thanh Tuyền and Ngọc Phú at 8:16 AM

This blog is focused on Trân Quang Hai